To stay informed about future versions

Stay informed with our blog or sign up for our newsletter 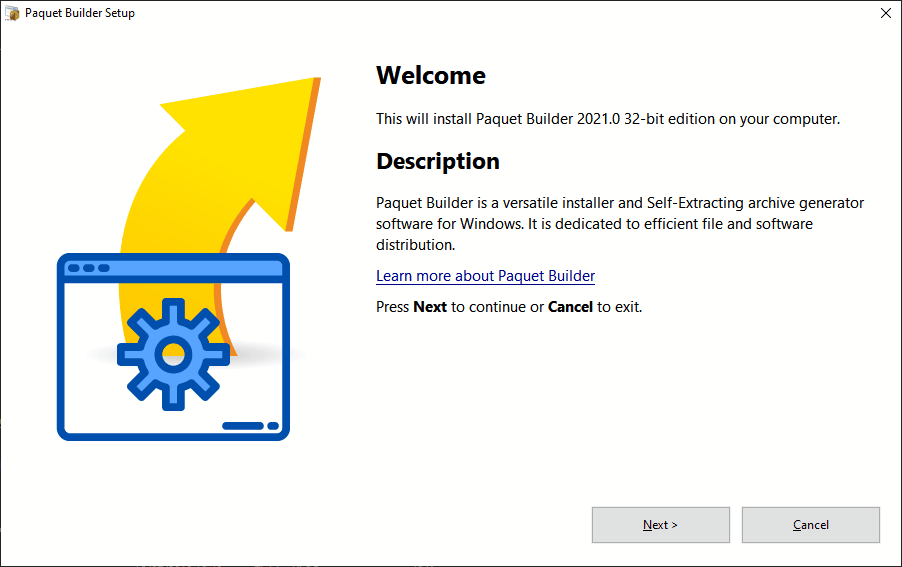 Compatibility: old rich content in RTF will be automatically converted to HTML so there may be conversion errors. Remember to check all dialogs that use rich content when loading projects created with older versions. In the Rich Content Editor, we also recommend going through the Markdown tab to remove any unnecessary HTML tags.

Learn about creating silent installers with Paquet Builder that extract files, run additional EXE or MSI setups silently, in the background. Furthermore, discover how to configure your installer to activate the silence mode only if the /s command-line parameter is passed.

We updated the Paquet Builder's menu extension for Windows Explorer. This lets you package up group of files, entire folders into compressed .exe files and with optional encryption, and convert .7z archives into Self-Extracting archive .exe files; everything directly from Windows Explorer using context menu.

Select files, folders or .7z archives then right click and choose "Compress into a Self-Extracting .exe". That's all!

Paquet Builder 3 is an important major release with improvements in all areas.
The full change history is available below.

Paquet Builder 3 can import projects made with previous 2.x versions. However, some issues may occur.

If you have a license for Paquet Builder 2.x, you can review our upgrade instructions.